A New Place, A New Time

My first experience working with the Bedouin with A New Dawn in the Negev of Israel was in the
summer of 2017, almost two years after coming to Israel. I was invited to participate as an English teacher, allowing me to get to know many of the young Bedouin of Rahat as well as fellow English

teachers in the community 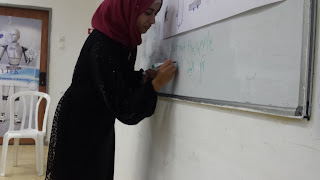 From this experience I got to know Bedouin culture better than I had with Masa, or I ever could academic or sociological studies; as I was not just invited to see the community, but take part in it as well. I was given a traditional kafiya, I tried Bedouin style pizza (lots of corn!) and even made lifelong friends, one of whom was also the first person to actually encourage my system of belief in Israel gifting me a small, very old Buddha that she had found in the desert

She has probably been my best friend in Israel, truthfully. And it was through A New Dawn in the Negev I was able to forge that kinship. A New Dawn in the Negev works diligently to show the world who they and their culture are by not just holding cultural demonstrations, but actively inviting those of other communities, from anywhere in the world, to take part in their lives

Bedouin culture is famous for their hospitality, and the traveler with good will and honest intent to learn will find kinship in such faraway places from their own 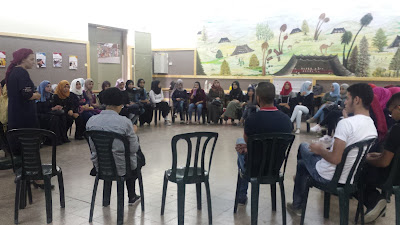 It is in this way people get an authentic experience working with the Bedouin, and seeing far more than if they were a passing tourist or aide helper who will only be able to act on a surface level. By taking part you are not just made to feel welcome, but become a part of the tapestry of memory it creates

And if for no other reason, the best fish I have had was in the cultural home of desert nomads, going for the unexpected familiarity will demonstrate most tangibly that positive relationships are not only possible, but necessary, and in this A New Dawn in the Negev acts diligently